So it’s the end of the world. So what? So the graveyards are tenantless, and the unregenerate deceased have risen in a hiddeous, slobbering mockery of humanity? We say, “Party on.”

It may be the end of the world, but that’s no reason to feel sorry for yourself! It just represents a new and different set of opportunities. Look: capitalism has always thrived on a process of creative destruction. All your customers have gone extinct? What–the whole soccer-mom demo has seen a population-wide collapse after the moon turned to blood, and the dead rose out of their graves? Well then it’s time for you to search out a new demographic. Maybe repurpose your product to make it more appealing to zombies.

Our infographic today will be useful for folks in the photography industry who have survived the zombie apocalypse, but don’t want to change their profession.

The geeks are no exception. They have their own signature look although this is now changing what with the so-called geek chic look they’re more known these days. Unaware to some of you, the phrase geek chic is now recognized and included in the Oxford English Dictionary. For people who consider themselves a geek or who simply like the geek fashion, there are certain clothes, accessories and footwear you may need to use to create that unique style. END_OF_DOCUMENT_TOKEN_TO_BE_REPLACED 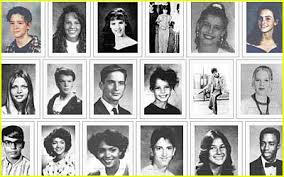