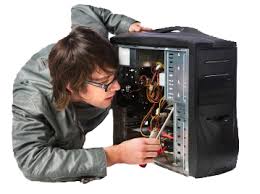 A neophile is a person who is said to possess a personality characterized by a strong liking for novelty as opposed to tradition as well as repetitive and routinary actions.Â  People with this personality are also said to be easily bored and can develop an obsession for something in the desire to achieve novelty.Â  Neophiles are able to adapt easily to change even of the extreme variant.

Although geekyÂ behaviorÂ is not synonymous to neophile personality, some people insist on the connection.Â  Others are ready to concede to the association but only in so far as forward or advanced thinking.Â  This is seen as a positive trait since forward thinking usually results to innovation and development.

Computer geeks appear to have the nearest appropriation of neophile characteristic.Â  This is one of the reasons being pointed to for the rapid change and progress in the computer industry.Â  This is not actually a far-fetched idea considering how fast changes are happening on the technological world.Â  Without such trait, people would have no frequent updates and modifications in techy products to look forward to.

The creation of something new incites so much excitement among neophiles and it is easy to imagine computer geeks having the same excitement whenever they are able to produce something new from their efforts.Â  Every new discovery is prompted by a desire for something different and better.Â  It is sort of similar to the adage that says â€œNecessity is the Mother of Inventionâ€.Â  It comes with a twist however since the more applicable saying would probably be â€œDesire for Novelty is the Mother of Rapidly-Changing Technologiesâ€. For the positive consequences of their serious intent for discovery, computer geeks deserve commendation.