Having a smartphone is like having the world in your pocket. You can browse the web, choose from countless apps, and stay connected to the world, all from your touchscreen.

However, if you’re looking for new ways to use your phone, here are some ways you can use it to unlock some major geekiness in your life. END_OF_DOCUMENT_TOKEN_TO_BE_REPLACED

While Intel initially rebuffed the mobile market, it seems the company is changing its position. Recent news has emerged that Intel chips will now be used inside mobile devices including tablets and phablets (smartphones with jumbo screens sized 5 to 6.9 inches in diameter). In aÂ recent disclosure, Intel representatives said that they expected to see Intel chips inside 30 Android and Windows tabletÂ devices in 2013 alone. Samsung Electronics and Asustek are just two of the companies including Intel chips in their devices. While so far the chip manufacturer has not been able to sway Apple — Intel chips are inside Apple desktop products but not iOS devices â€“ they hope to influence CupertinoÂ to change their minds and ditch ARM-base chip makers.

What’s behind the change of heart?

With the popularity in smartphones and tablets, sales ofÂ personal computersÂ have declined, and with it, Intel’s projected revenues. Third-quarter FY 2013 revenue was projected to drop 8 percent, per Intel. This puts Intel in a difficult position, as it had not expanded into the device market and was putting its chips in desktop and laptop PCs only. With the chip market for mobile devices relative empty of major names, competitors like Qualcomm and Samsung Electronics became the go-to chip makers for these devices. As Intel has changes its tune, the company’s chips have also become more energy efficient and smaller. Intel plans to put 14nm chips into production in 2014; currently, its rivals’ smallest chips are twice the size at 28nm.

With recent leadership change at Intel, geeks speculated over whether Intel’s CEO would be open to making ARM chips for Apple. Speculation ran that if the new CEO came from outside Intel, they might move in that direction. However, if the new CEO came from inside Intel — as has been customary since 1987 — then the company would remain committed to forgoing the ARM chips. When the CEO came from within, Cult of Mac reporterÂ John BrownleeÂ suggested that we can all pretty much forget about Intel chips making their way inside our favorite iOS devices. So even though Intel has updated its strategy somewhat, it cannot achieve market dominance without Apple devices.

What does this mean for the marketplace?

Time will tell, but an early indicator spells turbulent times for the chip marketplace: ARM stock dropped after Samsung selected an Intel chip for one of its tablets, Bloomberg reported. While ARM does have a new chip out geared to boost performance of chips in mid-range tablets and phones, will this be enough to compete with Intel? If Intel goes after the high-end devices and ARM sticks with the mid-range performers, these two companies could coexist quite peacefully for some time. But of course, if someone gets greedy or if new products or devices come on the market, there could be tension between the two.

More efficient chips lead to longer battery life for devices, overall a very desirable thing. While consumers may not care which type of chip is in their tablet, they do care about performance and battery life. 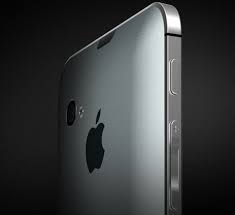 When the Fall rolls around, every geek around the world gets excited about the newest release by Apple â€“ since a few years, the focus has been on the iPhone which has been seeing a new release every year since its original inception. This year is special though â€“ the iPhone 5 is pretty much set to fix everything that was wrong with the previous versions, and establish Appleâ€™s name on the mobile market for good. Itâ€™s been a bumpy road, but all of Appleâ€™s fans are eagerly awaiting the new Holy Grail of gadgets.

Any true geek is already planning what theyâ€™ll be doing with their own copy of the new toy â€“ itâ€™ll be great for pretty much everything that a smartphone has to do these days. Browsing is, of course, a main feature â€“ and with the added multitasking capabilities itâ€™s going to be even more convenient and easy to do. There are some rumors that Apple have put extra special effort into coming up with a solid music playback system in the new iPhone, though the rumors about an integrated audio modulating chip still havenâ€™t been confirmed.

The new screen looks like itâ€™s going to please many people too â€“ the added protection and the extra picture clarity (inheriting from the already successful previous incarnations of the device) are going to pretty much swipe the competition at once. There will inevitably be some great Vodafone iPhone 5 deals available as soon as the device rolls out as well, so you should be able to get it at a reasonable price. So, are you hyped up for one of this yearâ€™s most important events in the geek community?