In this age of high definition, MMOs and open-world shooters, the traditional adventure game is still very much alive. In fact, the genre is currently facing a renaissance as more adventure games like The Walking Dead and Heavy Rain enjoy wider popularity. But to appreciate what adventure games are today, we need to look back into its past. In this article, we remember the 10 greatest games that the genre has to offer.

Beneath a Steel Sky

Revolution Software may be known today for its popular Broken Sword series, but it was 1994’s Beneath a Steel Sky, a visually stunning cyberpunk point-and-click game that introduced the developer to adventure gamers everywhere. It has clever puzzles, witty dialogue, fascinating characters and logical and well-designed puzzles—ingredients of what make adventure games great. 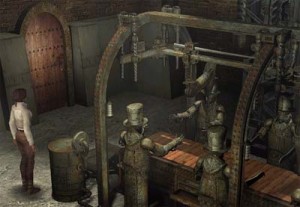 Even to this day, with all the advances in graphics, Syberia—an adventure game by French developer Microids—remains a sight to behold, thanks to its strong visual design. However, Syberia isn’t just a pretty face; it has an absorbing story, puzzles that are just right in terms of challenge, characters with depth, and permeating sense of melancholy. Syberia is a must-play for any adventure fan.

Indiana Jones and the Fate of Atlantis

Despite not being tied to an Indiana Jones film, Fate of Atlantis is one of the best adventure games that LucasArts ever produced during its heyday in the 1990s. But like an Indy film, Fate of Atlantis had the perfect combination of fascinating puzzles, silliness and sharp dialogue. Personally, we think its Atlantis storyline is better than one involving aliens. 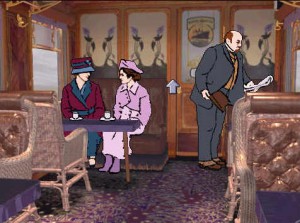 It’s hard to point out what single element makes The Last Express stand out because there are quite a few: its real-time gameplay progresses without waiting for you; its historically authentic recreation of details; and its distinct art nouveau visual style, which remains striking even today. Indeed, there’s nothing quite like The Last Express, but hopefully, that won’t always be the case.

The Beast Within: A Gabriel Knight Mystery

The enthralling tale of Gabriel Knight: The Beast Within is arguably the best among all adventure games. It perfectly weaves a werewolf mystery, Ludwig II of Bavaria, a lost Richard Wagner opera, the schemes of Otto Von Bismarck, and one man’s struggle for self-acceptance. The Beast Within is an experience that all gamers must go through. 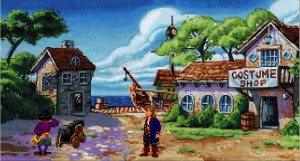 The original Monkey Island was a tough act to follow, but LucasArts still managed to make another classic in LeChuck’s Revenge. It had all the right ingredients: challenging-yet-not-frustrating puzzles, knee-spanking hilarity, a spitting competition, excellent music, and levels of difficulty, which isn’t normally found in adventure games. 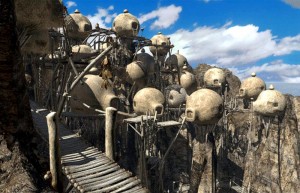 Forget the paper-thin story—Riven, sequel to the highly popular Myst, is all about the puzzles. In fact, Riven has even more complex, multilayered challenges that put its predecessor to shame. Some are so intricate that you need to take down notes to crack them. Riven is solid proof that games can be art. 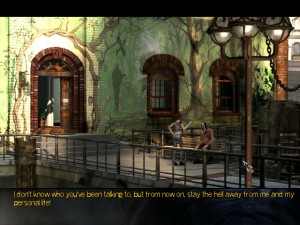 Despite its adult content, it’s still easy to recommend The Longest Journey because it’s one of the best in adventure gaming. It has creative yet logical puzzles, which sometimes involve environments, inventory items, and even dialogue. The story will draw you in, evoking anxiety and suspense even if there’s no danger of dying. The characters are colourful and believable—nay, memorable. You should play it to believe it. 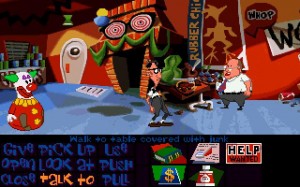 The Day of the Tentacle

The Purple Tentacle has gone bananas and it’s up to Bernard, Hoagie and Laverne to stop him. The Day of the Tentacle is the pinnacle of LucasArts point-and-click design. Although the game is almost two decades old, it remains easy on the eyes (in a zany cartoon sort of way) and ears. Day of the Tentacle actually set the standard in voice acting, at a time when CD-ROMs and voice acting in games were in their infancy. 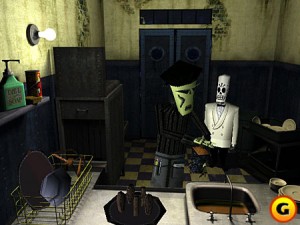 If Grim Fandango were a film, it would’ve been terrific. But fortunately, it’s an adventure game, and it’s one of the best the genre has ever seen. Grim Fandango has joined the annals of classic adventure games because of its unique art direction, noir atmosphere, peerless voice acting, unique concept and excellent narrative.