It’s obvious from the recent boom in Korean technology that the South Korean government’s programs to support technology. One needs look no further than LG and (naturally) Samsung for the ultimate in success stories, although there are many more, perhaps lesser known, examples- KakaoTalk and Line, while Japanese products, are owned by Naver, a South Korean company.

Last February, it was reported in the Wall Street Journal that the South Korean government is serious about supporting domestic startups as well:

The government has laid out a 15-year plan that includes measures to support startups from infancy to maturity. The project’s roots can be found in the election of South Korean President Park Geun-hye, who entered office a year ago pledging to jump-start what she called the country’s “creative economy.” One of Ms. Park’s first acts was to create the Ministry of Science, ICT and Future Planning.

A recent post on VentureBurn takes a closer look at how Korean startups have beat the odds:

In 1964, the country had a smaller GDP than the likes of Cameroon, Chad and Mauritania. Today, there are only 13 or 14 countries with larger economies. Not bad for a country with only around 50-million citizens and a relatively small amount of land to play with.

It did this, for the most part, through sheer, bloody-minded will power. Referred to as the Miracle on the Han River, Korea’s post-war economic boom came about through policies involving equitable land redistribution, rapid industrialisation and a focus on ensuring it had top quality exports to send out into the world. A large portion of that growth took place under military dictatorship, but people whose grandparents barely scraped by on small plots of lands now compete for high-level jobs at some of the world’s largest technology companies and car makers. 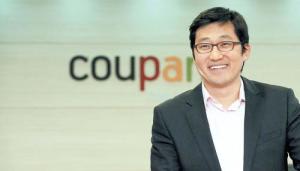 It’s certainly something the South Korean government should be applauded for; they’ve faced their own set of problems lately, what with accusations of mishandling of the Sewol Ferry Tragedy, and a million-won lawsuit being slapped against them by former comfort women, who blame them for forcing them into sexual slavery for the U.S. Military stationed in South Korea’s demilitarized zone.

In any case, the country has been one to watch for a while, and Korea’s tech-boom is definitely ongoing. TechInAsia recently named them “Asia’s Startup Hub”.