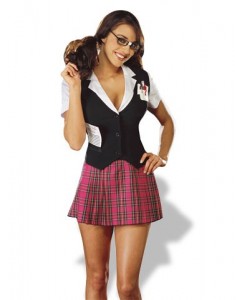 If you have not heard of them before, She’s Geeky events are aimed at providing a venue for any woman who is interested in technology. Founded by Mary Hodder and Kaliya Hamlin, the organization has set up numerous conferences, the latest of which was held in Mountain View in Northern California. AFP has a write up on the latest She’s Geeky gathering:

The two-day conference in January was the first of an array of similar gatherings planned for US cities including with a goal of building bridges between women techies.

“She’s Geeky” was attended by more than 150 women, many from companies such as Apple, Hewett Packard, Yahoo!, Google, Orange Labs, and McAfee.

“We’re tired of trying to figure out this magical formula that will get us moving up. This is a way to do it on your own terms and not rely on the current institution to help you pave your way.” Conference workshops focused on topics ranging from videogame design and software coding to the art of beekeeping.

“It’s awesome that through the power of technology … geeks are seen as being cool and coming together as super foxy geek chicks,’ said Classes for Causes vice president of operations Alicia Washkevich.

Indeed, geeks are now seen as cool – we all know that, right? And even better, women who are geeky are seen as sexy!