Nope, it’s not a disease, but rather the stark realization that your old vinyl records, VHS Tapes and black and white photos are fast becoming obsolete and forever destined for the garbage can. There is help though for the many baby boomers out there who do need help with such conversions in order for most analog gadgets and gizmos to have their contents converted into the proper digital format that would allow them to be used with your iPod or saved onto high quality DVD’s for eternity (well, not an eternity but as long as the DVD retains it’s ability to hold the information safe anyway for even they have life spans or expected time frames before they fail). Many technologies such as voice recordings on cassette tapes, old video on reel tapes, Black and white photos of the days of old and many other older analog technologies that have long been overstepped by the digital revolution.
For photos there are scanners that allow you to digitize them and convert them to your preferred format for storage and viewing. Old photos are sensitive and some even crumble due to time and climate conditions. Digitizing them makes them available for manipulation and restorations as well as playback as a slideshow on your PC or TV. Old VHS tapes can be digitized through several appliances you connect to the video in port or through the USB port that with accompanying software allows them to be converted into digital video formats and even DVD’s (this you’d best leave to the experts for it takes almost a day to convert a few hours of video but DIY is still possible and widely available). Old 8″ vinyl can be transferred onto your multimedia players through similar appliances that converts them to popular audio formats.
Lastly, this world is ruled by the law of supply and demand and as long as people need help with such analog to digital conversions, there will always be entrepreneurs who would provide the services necessary. Whether you aim to do it on your own or to hire a professional conversion firm, it’s up to you, but do it quick for technology changes as a very fast rate that it may again render today’s technology useless by tomorrow. 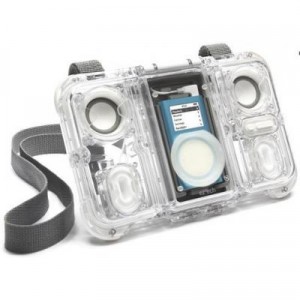 It’s time to hit the beach! I bet that many of you have been waiting for this time for the first half of the year. Some of the best times of my life have been spent at the beach, and I have to say that in addition to the surf and the sand, I love bringing cool gadgets to play with. If you are the same, you’d love to get your hands on these gadgets.

Flip Plus Waterproof Case
There are waterproof cases for most any kind of gadget these days. But if you want to take videos and stills without worrying about ruining your camera, I suggest that you get a Flip. It has been around for quite some time and it is quite cheap. Then get a waterproof case for it and you’re all set!

Atlantic Ego Ice Waterproof iPod Dock
What’s a beach party without music? Of course, you wouldn’t want your iPod to get ruined because of the water. With this waterproof iPod dock, you can play music even if you’re in the middle of the pool. You can use this dock with any kind of iPod, and it uses simple AA batteries!

Panasonic Toughbook
Okay, this one may not be as easy to get as the first two. It is the toughest laptop out there, no doubt about it, but it will also set you back almost $2000, even more. Still, if you have the cash to spare, this is the laptop to bring to the beach – or practically anywhere!

Any other gadgets you’d like to bring with you?