If you want to know more about the Android OS and the devices that support it, check out these following sites: END_OF_DOCUMENT_TOKEN_TO_BE_REPLACED 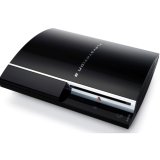 The busiest day of the year for a lot of people is almost over, and by this time tomorrow, I think that more people will be reeling from the expenses that they have incurred. I know I am already reeling! Of course, this means that I am thinking of all possible ways and means to make some extra dough. My only considerations are that they shouldn’t be:

That narrows it down, doesn’t it?

There is one thing that gadget hoarders like you and I can do, though: sell old toys! It’s not a novel idea but I am in serious cash trouble so I am willing to part with some stuff that I have gathered. If you’re thinking of the same thing, take a look at these web sites to get you started.

BuyMyTronics buys used gadgets such as mp3 players, iPods, Apple Desktops, gaming consoles, and mobile phones. It looks like a great site since you can immediately get a quote and they even buy broken stuff! Even if I will not get much for my old (and broken) PS3, it’s better than having a dead black box collecting dust.

Another site that looks like it has potential is Gazelle. From what I have seen so far, it has a wider range of acceptable electronics. Just like BuyMyTronics, you can get an immediate quote.

Here’s the deal though: I tried getting a quote for that PS3 of mine. BuyMyTronics gave me $65 while this is what I got from Gazelle: “Darn, this item has no cash value. We’ll be glad to recycle it responsibly.”