Today, most people have become wiser when it comes to the ownership of mobile phones with specific features. A built-in camera has become automatic when a person would want to buy a phone that has such a feature today. Chances are phones would be seen as ancient if such a feature would not have this feature. 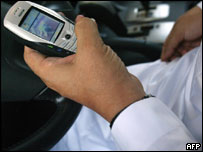 Price wise, these type of phones do not come cheap. Major mobile phone manufacturers such as Nokia and Sony Ericsson would offer such high end phones for the consumer but at commanded prices. Despite the high price, consumers would still avail of them largely because such as been the benchmark of people who put quality in mobile phone ownership.

This has become a point for measuring the style of living for most, a status symbol of sorts in the world of telecommunications and multimedia messaging requirements today.