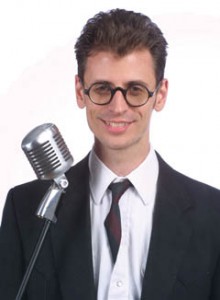 Remember those jocks in school who made your lives hell? Well, send them this article and gloat:

While computer nerds are obviously good at IT, what we didn’t realise is that they’re good at “it” too.

An anonymous study of 2,000 British men and women concluded that out of all jobs, computer geeks make the best lovers.

They were found to be the most selfless in the sack, the most adventurous and more likely to use love gadgets.

Seventy-eight per cent of techies that were questioned also claimed that sex toys were part of their love life.

And a further eight out of ten tech workers said that sex toys played an important part in their sexual relationships.

Eighty-two per cent of IT workers also claimed to consider their partners sexual needs above there own, the highest result from all of those asked.

I knew it!!! So you see, just because we don’t spend hours and hours in the gym or on court, it doesn’t mean that we can’t deliver.

There’s something about the study that I cannot ignore, though. The anonymous study was done in the UK. I wonder if they would get similar results if the study were done in the US.

Now let me tell you, a lot of people are already saying negative things about this study. Don’t mind them. You and I know the truth, don’t we? 😉