Showing a tendency to be good at math and science, and sitting around all day programming your computer, rather than playing sports with the guys was another classic way to tell that people were entrenched in geek culture. As geek culture grew, suspenders became another fashion trend that helped identify with the geek movement. But, this has lead many to ask what it means to be a geek today. 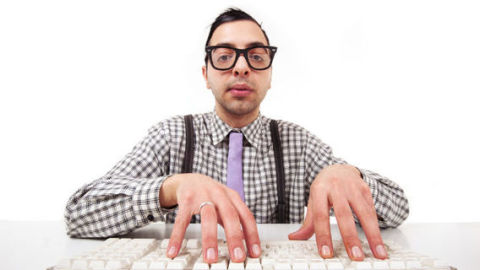 Sure, geeks can acquire many of the health conditions other people get, such as sleep apnea and the common cold, but it is getting more and more difficult to determine who among us is a geek and who is not. Does this mean the geek culture, as we have come to know it, has lost its identity? Or, has a good portion of the world finally been won over to the geek lifestyle?

How Technology Sucked Us In

It is difficult to live in our modern world without being attached to the ever increasing realm of technology and the related technobabel that goes along with it. It seems that every where we turn, we are being confronted with touch screens and computer screens around every corner. Where technology was pretty much a realm where the geeks congregated back in the 80’s, now everyone is somewhat computer savvy, if not downright computer dependent.

As more and more people create websites, run their own blogs, and become entrenched in the latest mobile device apps it becomes harder to distinguish if a person is really a geek or not. The athlete that once lived to play basketball is no longer distancing themselves from the realm of technology. The prom queen that wouldn’t date a geek in high school is now married to the geek she would not speak to for fear of losing her social status.

Slowly, inch by inch, the geek revolution has truly gained the upper hand, making geeks some of the dominant figures in society despite any initial social persecution they may have faced in the early years of the geek cultural movement.

Despite all the technological fortunes that geeks have obtained, many geeks are said to be unable to envision themselves as anything other than a persecuted group, even in light of their massive cultural uprising and success. Our modern culture has been accused of being overrun by the movies, sci/fi, and conventions that are traditionally based around various geek culture.

Some members of society are concerned that such an overwhelming positive push for geek culture in modern society is potentially damaging to other aspects of our culture, drawing people away from other long held traditions and trends in such areas as art and other forms of human expression. However, this may simply be a part of our social evolution that is unavoidable, exposing that we may all be a little geeky at heart.