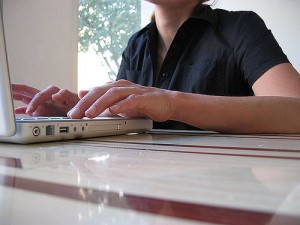 Us geeks are all about sharing information, so when a situation arises when someone is preventing its free flow, it’s normal that online geek communities arise. In this case, the problem came in the face of Google’s farmer update, which was supposed to stop the development of copying websites that simply stole content. On the contrary, the update seems to have killed the traffic for a number of reputed websites that provide this type of service, effectively showing that Google are taking a no-exceptions policy for this.

And if you’ve been following your favorite geek communities closely, you’ve surely seen the uproar this has caused – basically there’s nobody out there among the techy communities to support the giant on this move. It’s true, the update did remove a lot of malicious websites from Google’s search results – but then you look and see that some major directories are gone as well, and what can you think? Certainly nothing positive.

This has been a common problem in the Internet for years now, and the farmer update isn’t the cause, it’s a symptom – those who control the spread of Information and the development of the Internet services usually deem it more appropriate to kill off a majority of legitimate content or users just to deal with the few malicious ones. And it’s a practice that certainly needs to be stopped – sooner or later, it’s going to start affecting us more seriously, and we need to take action before it’s too late!