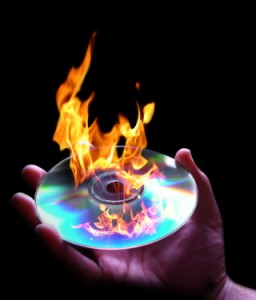 One dilemma that people would often face is that of determining the proper burning speed of DVD and CD writers that they own today. This problem often hits the areas of burning videos and music CDs since burned copies may not be immediately compatible with the DVD recorders or CD changers that are used independently today.

Software applications have little bearing on the burning output of a compiled project. Nero and Roxio, two of the better known burning software today, contains such features of CD burning. People would rely largely on the default setting, the default of which is the maximum writing speed of a DVD/ CD writer drive. The usual speeds offer 12X, 32X, 54X and 72X among others.

Compatibility once the project has been successfully compiled will always be the next area for consideration. A burned CD that fails to play would usually be over-burned or be linked to compatibility issues with the independent player being used. Ideally, the default speed for conservative burning is 12X or the maximum speed of the drive is capable of.